The relationship between the past, present, and future shapes our understanding of the world around us. Whether it is the perceived consequences of past events, the urgency of present concerns, or the challenges of real or imagined futures, the structures of time intersect with and inform our sense of ourselves in myriad ways. Care for the Future: Thinking Forward through the Past affords an opportunity for researchers in the arts and humanities to explore the dynamic relationship that exists between past, present, and future through a temporally inflected lens.

Care for the Future: Thinking Forward through the Past is one of four Arts and Humanities Research Council themes developed by the AHRC Advisory Board and Council in consultation with key partners and Subject Associations. The themes aim to promote innovative interdisciplinary and collaborative research that fosters knowledge exchange within and between research institutions and the wider world.

A crisis in ‘coming to terms with the past’?
At the crossroads of translation and memory

Over the past decade, a particular notion of ‘coming to terms with the past’, usually associated with an international liberal consensus, has increasingly been challenged. Growing in strength since the 1980s, this consensus has been underpinned by the idea that difficult historical legacies, displaced into the present, and persisting as patterns of thought, speech and behaviour, needed to be addressed through a range of phenomena such as transitional justice, reconciliation, and the forging of shared narratives to ensure social cohesion and shore up democratic norms. END_OF_DOCUMENT_TOKEN_TO_BE_REPLACED

International Research Academy on the History of Global Humanitarianism

The international GLOBAL HUMANITARIANISM | RESEARCH ACADEMY (GHRA) offers research training to PhD candidates and early postdocs. It combines academic sessions at the Imperial and Global History Centre at the University of Exeter and the Leibniz Institute of European History in Mainz with archival sessions at the Archives of the International Committee of the Red Cross in Geneva. The Research Academy is for early career researchers who are working in the related fields of END_OF_DOCUMENT_TOKEN_TO_BE_REPLACED 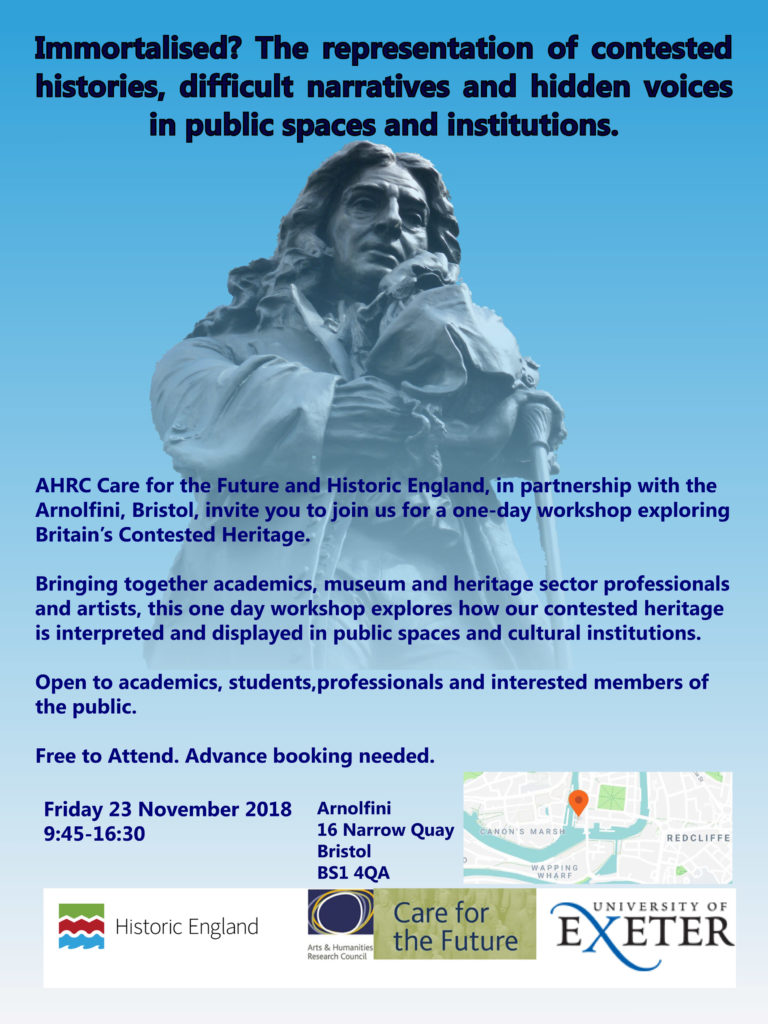 All welcome to attend this free event!

As historians have engaged in a widespread and heated discussion about the history of human rights and its relationship to contemporary political and social developments around the world, many have also turned to humanitarianism. With new and protracted conflicts raging in the Middle East and other parts of the world, and with the growing number of natural disasters caused by a rapidly changing climate, humanitarian workers and organizations are busier than ever before. And yet, the scholarly literature on humanitarianism and the labours of humanitarian workers since the 1700s was, until the last decade or so, focussed mainly on humanitarian aid delivered to various sites of conflict after the end of the Cold War. Political scientists were the primary researchers pushing this field of humanitarian studies. END_OF_DOCUMENT_TOKEN_TO_BE_REPLACED

For anyone who missed the talk given by Markus we are able to share a video and take this opportunity to thank Markus again for the event. AHRC Care for the Future, in partership with the University of Exeter, invite you to join us for an evening with Markus Geisser, Senior Humanitarian Policy Advisor at the International Committee of the Red Cross.

Markus will be talking about his work with the International Committee of the Red Cross – a career that has seen him travel the globe and influence the development of humanitarian aid policy. END_OF_DOCUMENT_TOKEN_TO_BE_REPLACED

The international GLOBAL HUMANITARIANISM RESEARCH ACADEMY (GHRA) offers research training to advanced PhD candidates and early postdocs. It combines academic sessions at the Imperial and Global History Centre at the University of Exeter and the Leibniz Institute of European History in Mainz with archival sessions at the Archives of the International Committee of the Red Cross in Geneva. The Research Academy addresses early career researchers who are working in the related fields of humanitarianism, international humanitarian law, peace and conflict studies as well as human rights covering the period from the 18th to the 20th century. It supports scholarship on the ideas and practices of humanitarianism in the context of international, imperial and global history thus advancing our understanding of global governance in humanitarian crises of the present.

The academic session at Mainz and Exeter is each year followed by a one week archival session at Geneva. Here the archives of the ICRC offer a unique insight into humanitarian action during the past 150 years. The holdings provide rich material, including visual material, for the history of international affairs in the ages of nation states, empires and global governance, particularly the study of humanitarianism, humanitarian law, conflicts studies as well as related issues such as human rights. Under the guidance of the experienced staff from the archive, the members of the Research Academy will study primary sources related to the previous discussions at Exeter as well as to their own research projects if applicable. Opportunities will also be provided for intensive discussions with active members of the ICRC staff and other Geneva based humanitarian organisations.

Following the Research Academy, the participants will each write an entry for the Online Atlas on the History of Humanitarianism and Human Rights which is jointly published by the Leibniz Institute of European History and the Centre for Imperial and Global History at the University of Exeter as part of the GHRA. Check out the Storify summary of our Evening panel event: https://storify.com/eventamplifier/past-matters-research-futures

Our evening event for the ‘Past Matters, Research Futures’ conference will focus on heritage, research collaboration, and early career research paths. Starting at 5:30pm on Monday 12 December we’ll host a ‘Question Time’-style panel that will be tweeted – so join us for discussion at #PastMatters. END_OF_DOCUMENT_TOKEN_TO_BE_REPLACED